Partners 2017-12-15 14:17:25
CivilCAD recently launched its latest version which has been successfully ported to ZWCAD 2018, and it is now compatible with ZWCAD Professional, Mechanical and Architecture versions. This porting shows good compatibility with all of CivilCAD’s functions.   CivilCAD®, developed by ARQCOM, is a professional software satisfying diverse needs of Civil Engineering and Topography in Spanish-speaking countries. Used by over 20,000 users mainly from government agencies, construction companies and universities worldwide, CivilCAD never stops updating itself with new version to maximize user experience.

As you can see in the following picture, CivilCAD has been integrated into the menu bar of ZWCAD 2018 with the original structure of the menu remaining unchanged. You can quickly execute more than 100 useful routines, such as profiles, sections, contour lines, calculation of volumes in platforms and roadways, construction tables, subdivision of polygons, etc. simply by clicking “CivilCAD” in the menu bar and choosing the routine you want in the drop-down list, or you can also trigger these routines by writing them on the command line.

Figure 1. CivilCAD is integrated in the menu bar

From basic to practical solutions

Along with the routines mentioned above, there are other basic ones such as the RAN construction chart, data annotation, import and export of points, design of berms on slopes, etc. In addition to the Basic Topographic Module, CivilCAD also offers additional routines that allow users to complete tasks in practice such as Water and Sewerage Networks Calculation, SCT Roads, Mass Curve Data Exportation to the 2009 SCT Program, ADS Mexicana Storm Sewer Networks and Interface for Google Earth ™. From basic utilization to more complicated tasks, CivilCAD helps you all the way. 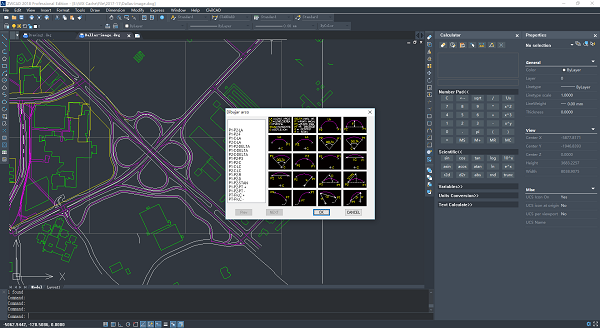 Figure 2. Drawing the arch for the road map by CivilCAD

While all the above routines can work so efficiently and stably, the contribution of ZWCAD 2018, which offers a basic operating environment, cannot go unnoticed. This porting again proves that ZWCAD 2018 is qualified to provide complete and profitable solutions to civil engineering industry.

CivilCAD is satisfied with the transplant to ZWCAD platform since the compatibility is seamless owing to the strong APIs and the porting is easy because only slight modifications are needed. ZWSOFT lays equal importance to product and service, so reliable first-class technical support is also guaranteed. Besides, its application is able to be more widely reached thanks to ZWSOFT’s giant network of global channel partners and users.

ZWSOFT (ZWCAD Software Co., Ltd.) is a world renowned CAD/CAM solutions provider. With a reputation as a committed and reliable provider of CAD/CAM software to the AEC and MCAD industries, ZWSOFT has created design software products that have continuously satisfied the needs of 2D and 3D drafters. With 20 years' experience in CAD industry, our products and service are proven by over 550,000 clients across 80 countries, including US, Latin America, Europe, Asia Pacific, Middle East, Africa, etc.