Products 2017-09-04 14:47:51
Guangzhou, China: September 4, 2017, — ZWSOFT, an innovative supplier of CAD solutions to AEC and MCAD industries, has unveiled ZWCAD 2018, the latest version of the well-known CAD software. ZWCAD 2018 is powered by a superior engine to ensure the better .dwg compatibility and code-level API ability. What’s more, it comes with new dark theme UI and many significant new features in some areas of the product.   New Dark Theme UI This is the first time ZWCAD adopts dark theme UI. Daniel Huang, the ZWCAD product manager stated, “Users deserve a fluid and better design experience, so that’s why we provide a brand-new dark theme UI in ZWCAD 2018. The lower brightness and higher contrast of such design can greatly reduce the visual fatigue from long time drafting. We also did lots of modification in the details, for example, the buttons and icons styles and the text height and width, so the whole appearance will present the best visual effect for users.” In addition, ZWCAD 2018 is compatible with high resolution 4K displays, by making the most of every pixel on the screen without worrying if the interface scales correctly. 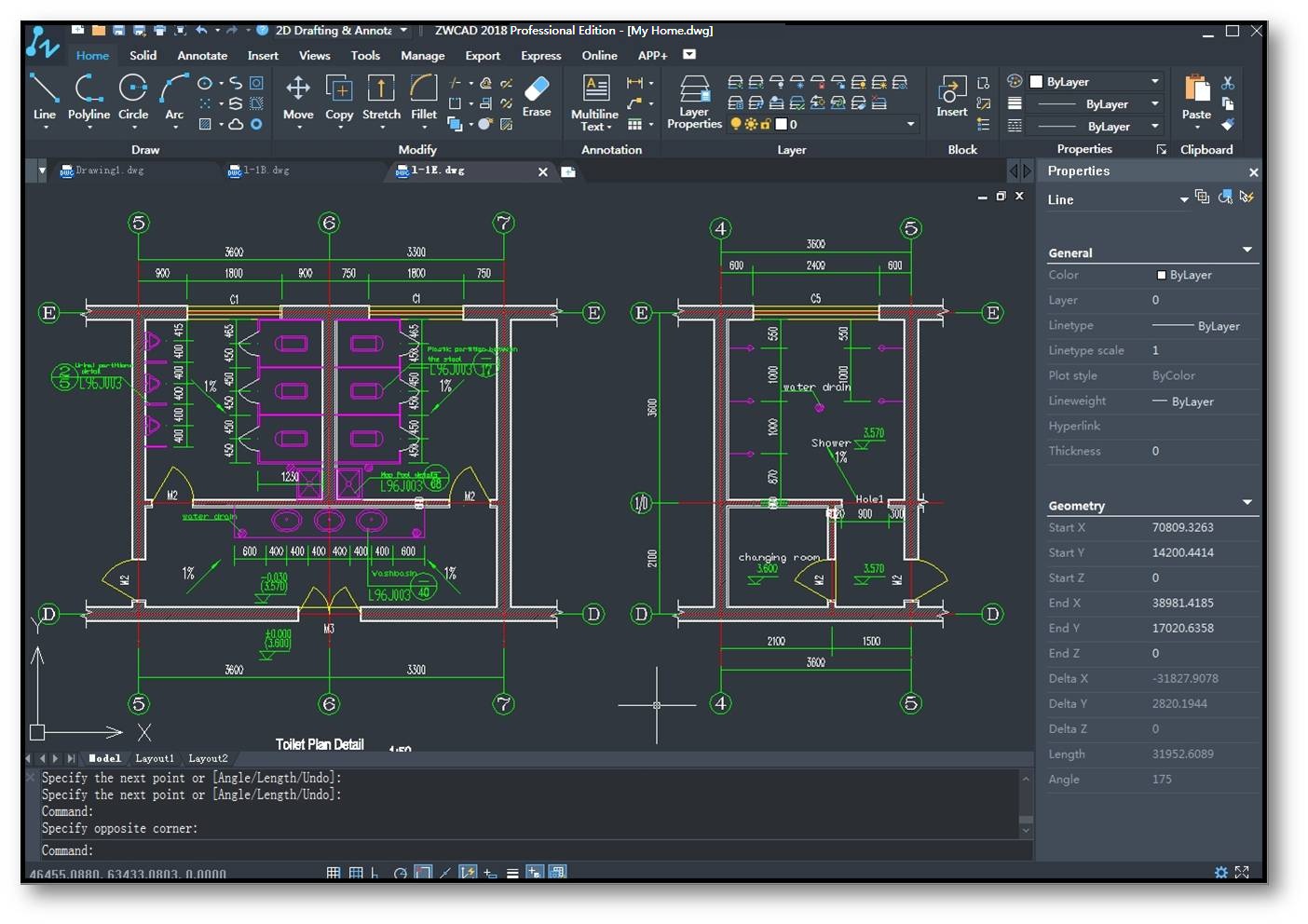 Empowered Customization for User Interface ZWCAD 2018 highly improves the Customization function, not only tosupport Ribbon tabs and panels as before, but also support to customize toolbars, menus, keyboard shortcuts and right-click menus. What’s more, Partial CUI is supported now for users and developers to build their own Ribbon inside of ZWCAD. Essentially both the legacy customization files and CUIx are now reconciled with each other, which on one hand, users can use Menuload command to take advantage of the legacy customization files to generate CUIx files, and on the other hand, directly customize all the elements of user interface within CUIx file. Besides, the CUI is also compatible with AutoCAD, The CUIx file can be directly loaded in ZWCAD 2018.   Speed Up 146% and Improved Stability The drawing efficiency of ZWCAD 2018 is improved by 146% compared with the last version and the stability is also significantly strengthened under the automated testing procedure with thousands of drawings. Charles Zhao, the director of R&D stated, “ZWCAD 2018 use many technologies to improve the efficiency, users will find that frequently used commands and layout switch speed are much faster than before, because we optimize the reactors and memory to trigger under certain situations instead unconditionally.”   New Features and Enhancements There are many new features and enhancements in ZWCAD 2018. For example, the Quick Calculator not only allows users to do the mathematic, scientific, geometric, engineering calculations, but also create variables and text calculation. New command AIDIMFLIPARROW can flip dimension arrows for some specific designing works in many areas. Solid profile is added to generate 2D representation from 3D models. Mvsetup is added to setup drawing specification, insert title and other justification for viewports. Besides, some functions are also improved, like Find command can display all the search results now.   Better API, More Applications ZWCAD 2018 supports LISP, VBA, ZRX and .NET interfaces, and more and more applications are already ported to ZWCAD, such as CAD Profi, MDT. To better support the developers to build the bridge with ZWCAD, now they can use the LISP compiler to compile .lsp file to .zelx formats with compile-zelx method. And the .zelx format is a compiled format so it can run faster while protects the source codes. In addition, the ZRX program compiles with ZRX SDK in ZWCAD 2018, is compatible with the futures versions, which means it can save the time for recompile the program again and again. Let’s take a look with the videos to show the new features Quick Calculator and Mvsetup:   Quick Calculator   Mvsetup     For more details and free trial for ZWCAD 2018 Official, please visit: http://www.zwsoft.com/zwcad/ZWCAD_Overview/   About ZWSOFT ZWCAD Software Co., Ltd. is an international CAD software provider through its network of over 300 partners in 80+ countries and regions. Its product ZWCAD is used by CAD designers across the AEC and MCAD industries.   Contacts   ZWSOFT Alan Ou +86-20-38289780 ext.: 520 prcontact@zwcad.com http://www.zwsoft.com