From chargers in offices to TVs in households, we see and use plugs every day. But do you know the process of how they are made? In this article, you will learn the main steps of designing one with ZW3D 2022. 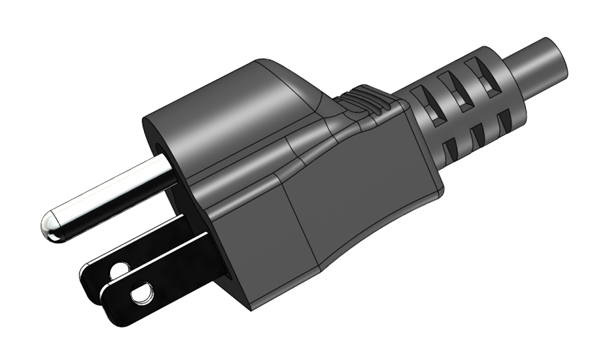 Figure 1. A plug designed with ZW3D

A commonly used three-prong plug mainly consists of the three parts below.

The three components are made of different materials according to their functions. The main function of metal prongs is connecting the electrical appliance to the power, so they should be hard enough to avoid deformation when being plugged into the socket. Hence, iron is the most popular material for metal prongs. As the name suggests, the insulator prevents people from getting an electric shock and it’s usually made of PVC. And to get better electrical conductivity, copper must be the perfect choice for wires.

Now, it’s time to design them step by step in ZW3D.

Prongs for the Live and Neutral Wires

The prongs for the live wire and neutral wire are the same, so is their design process.

Step 1: Draw the outlines of the prongs on the XY plane, then add the dimensions.

In this step, if you need to modify one or several dimensions, I highly recommend Dimension Editor, a new tool in ZW3D 2022 that will keep the whole profile proportional. 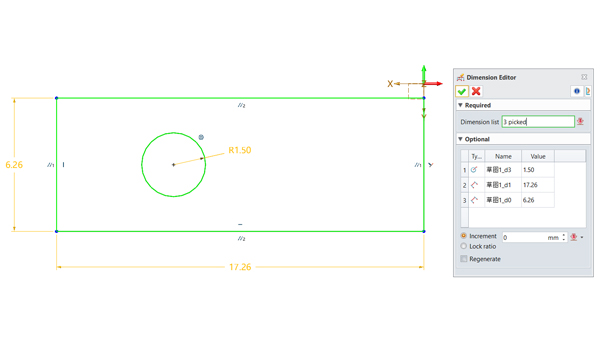 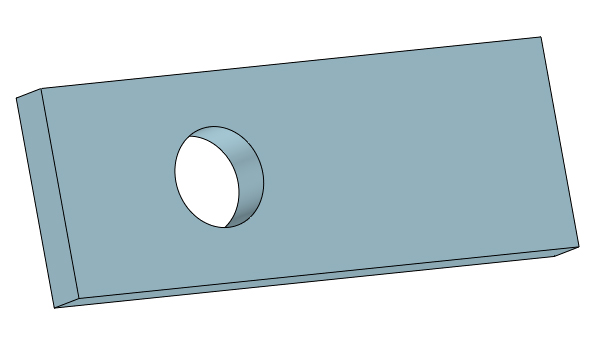 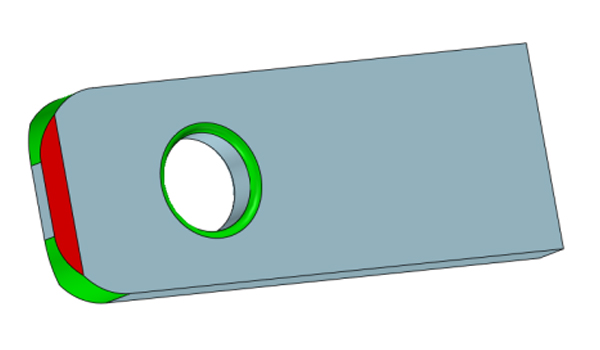 Prong for the Earth Wire

To design the special appearance of the E wire prong efficiently, I will use a special ZW3D function.

Step 1: Draw a circle on the XY plane as the base feature, then extrude it along the Z axis.

Here, choose the "Start endcap" (framed in red in Figure 6) Settings option to get faces rather than an entity for the next special step. 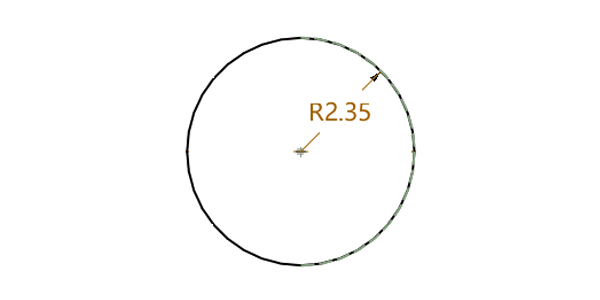 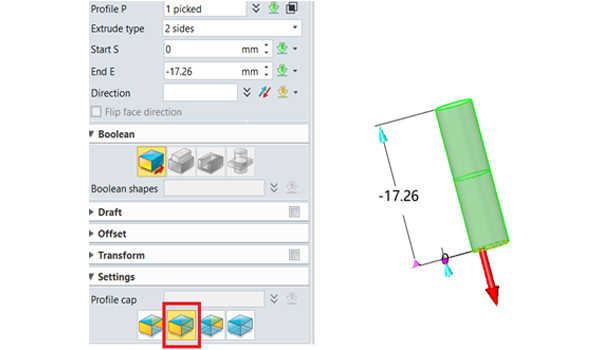 Step 2: Use the special function, Dome, to finish the design in just one step. Choose the boundary and set the height, and the hemisphere will be created automatically. 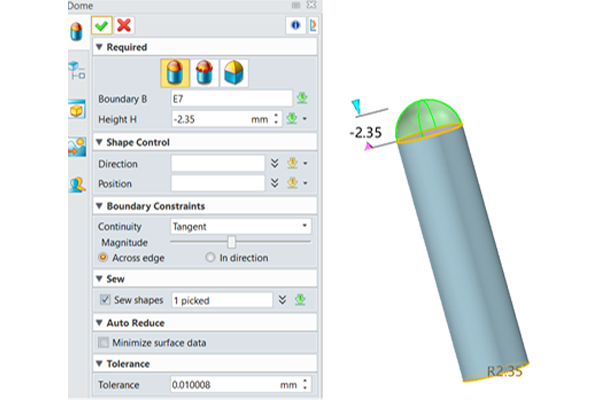 Figure 7. Dome function for the automatic creation of a hemisphere

The hard part of the insulator is of a simple structure, while its soft part is much more complex and we could use both Shape and Free Form functions to finish the design quickly.

Step 1: Draw the outlines of the hard part on the YZ plane, then add the dimensions. 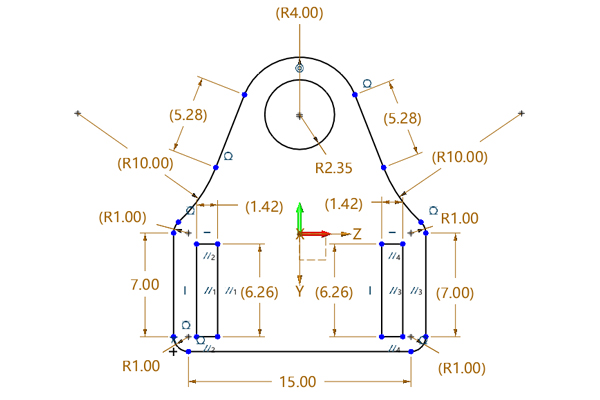 Figure 8. Outlines of the hard part

Step 2: Extrude the profile as shown in Figure 9. 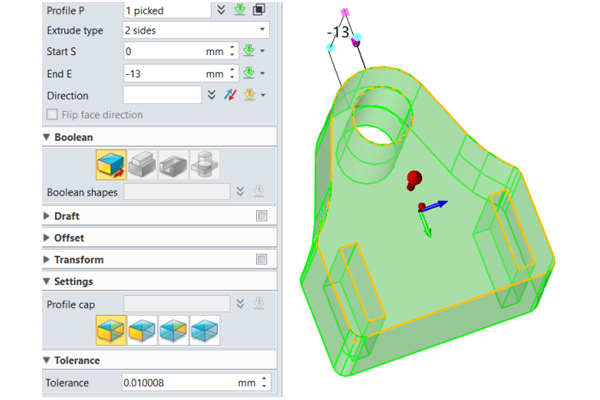 The soft part can be divided into 4 pieces, as highlighted in green, blue, red, and brown, respectively, in the figure below. 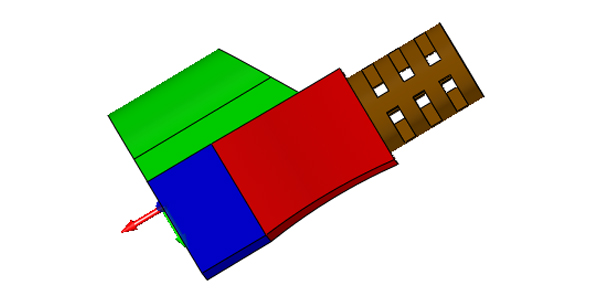 Figure 10. Structure of the soft part

Step 1: For the blue piece, outline it on the YZ plane and extrude the profile to 11mm long along the X axis. Then, draft the shorter edge of the bottom face with an angle of 2.6 degrees. 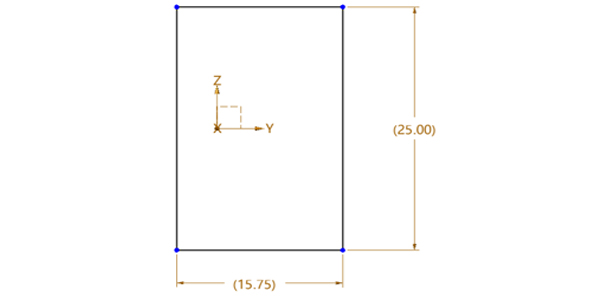 Figure 11. Outline of the blue piece 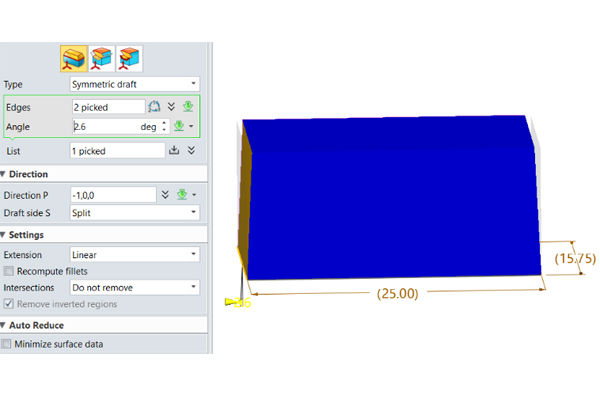 Step 2: For the red piece, we need to create a datum plane 22 mm away from the upper face of the blue piece first, and then draw a profile on it as shown in Figure 13. Next, create the edges of the red piece according to Figure 14. 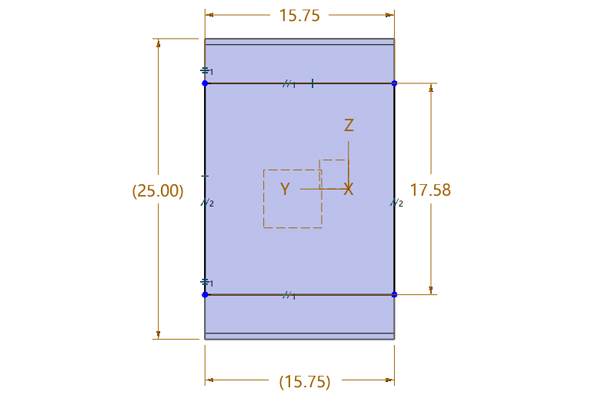 Figure 13. Outline of the red piece 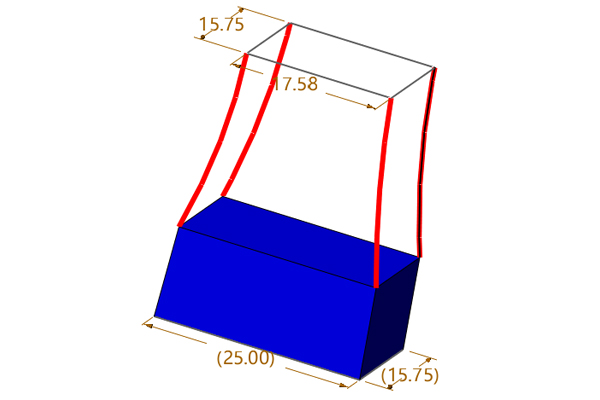 Figure 14. Edges of the red piece 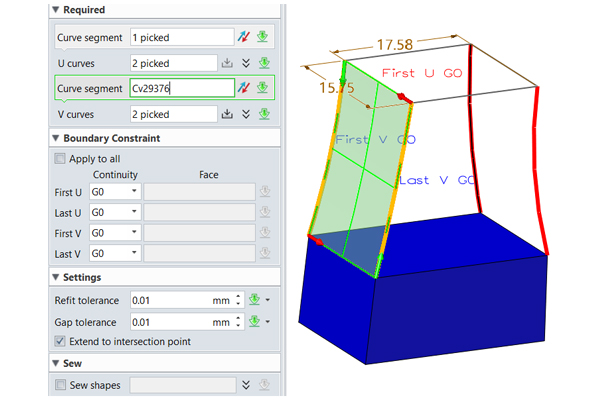 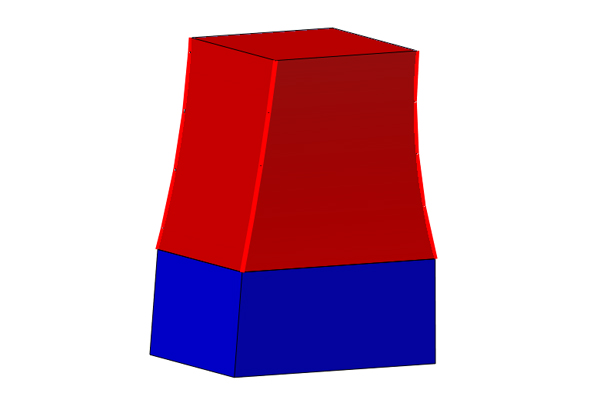 Step 3: For the green piece, first, outline it on the YZ plane (as shown in black solid lines in Figure 17) and extrude the profile to 26 mm long along the X axis. Then, draft the straight line of the upper face with an angle of 30 degrees. 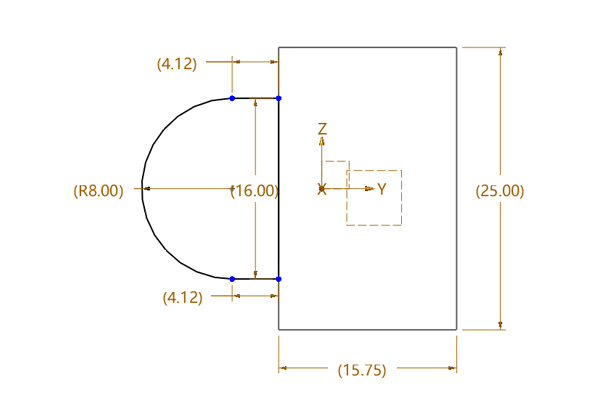 Figure 17. Outlines of the green piece 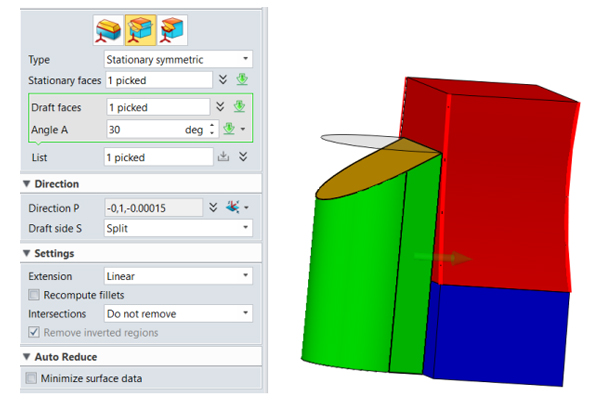 Step 4: For the brown piece, draw the outlines on the upper face of the red piece as shown in Figure 19 first, and then extrude the profile to 16.5 mm long along the X axis. The result should look like Figure 20. 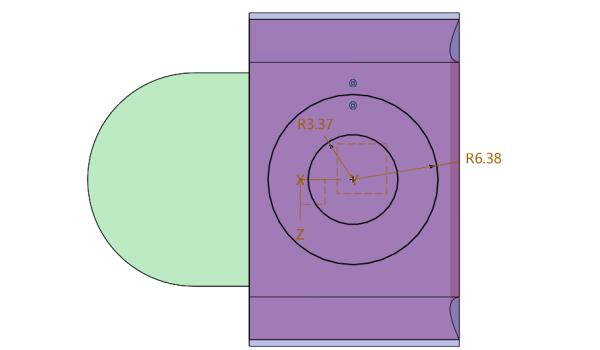 Figure 19. Outlines of the brown piece 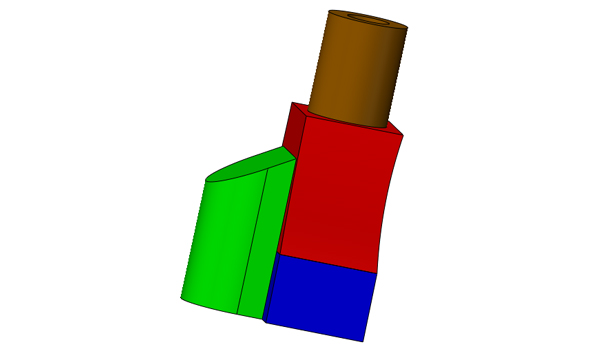 Next, to fine-tune the brown piece, outline the hole features on the upper face of the red piece as shown in Figure 21, and then extrude the profile along the X axis using the Remove (framed in red in Figure 22) Boolean method. 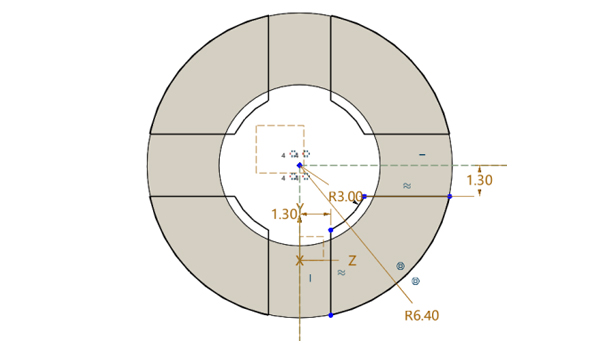 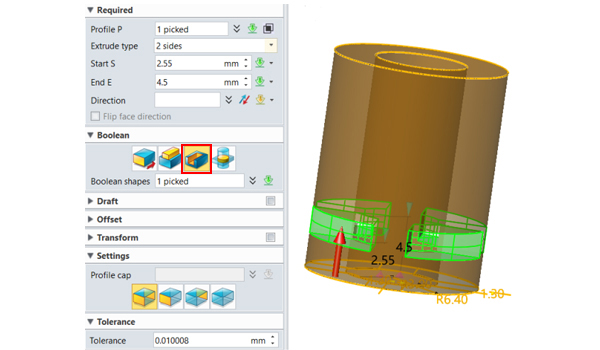 As for creating its 12 identical holes, the Pattern Feature function is really useful. 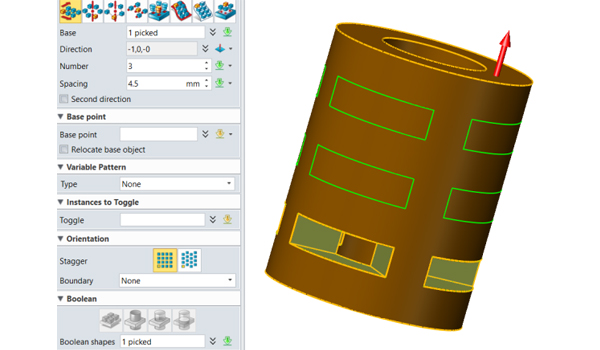 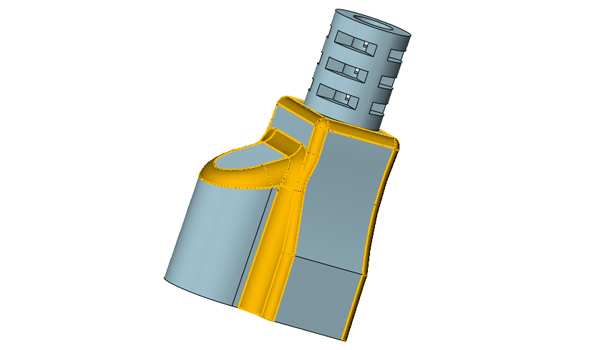 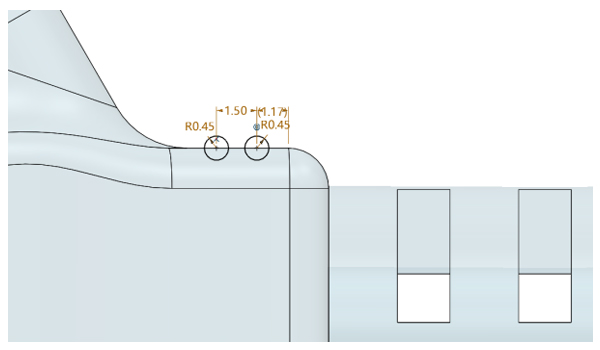 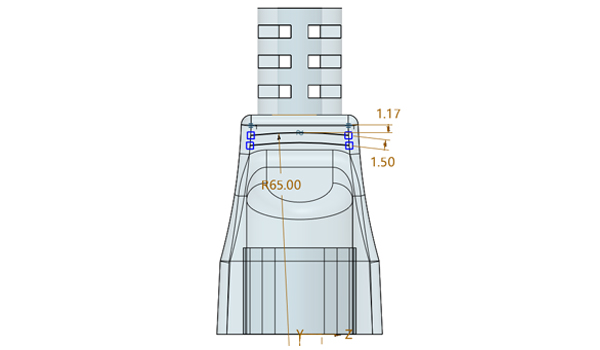 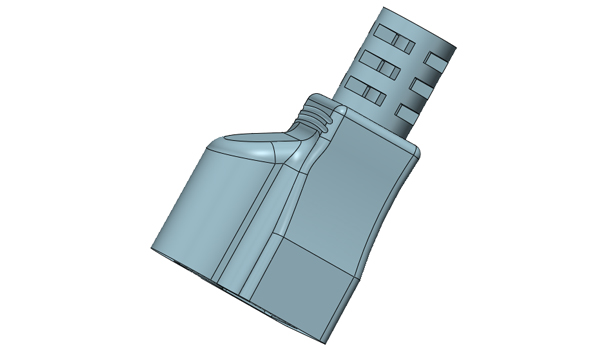 In terms of the wire, it is basically a cylinder similar to the Earth wire prong, so its design process will be skipped.

Since the soft part of the insulator has a direct relationship with other components, so it should be inserted first. Don’t forget to add a fixed constraint to it to avoid potential errors. With the Constraint Status analysis of ZW3D, you could easily check the status of constraints just by looking at the color. 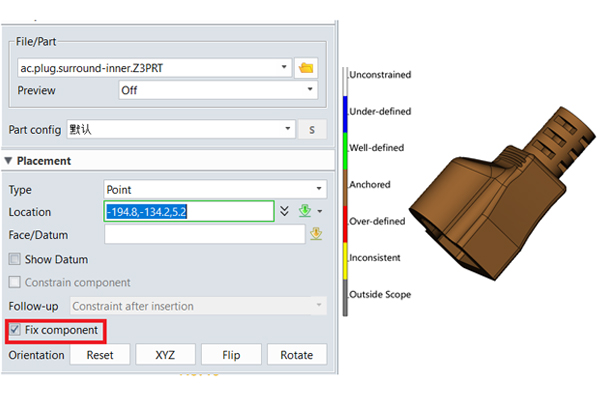 Figure 28. Add a fixed constraint to the first component

Assemble other components one by one. You could make the needless components hidden, transparent, shaded, or turn them into wireframes using the newly added Non-associated components option in ZW3D 2022 to view the assembly more clearly in real time. 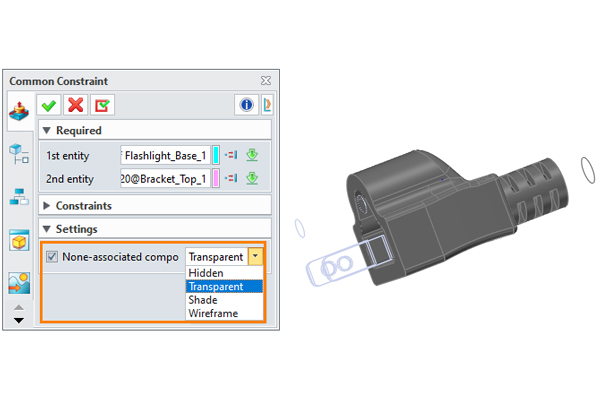 When the assembly is finished, make an exploded view to check if any parts are missing. 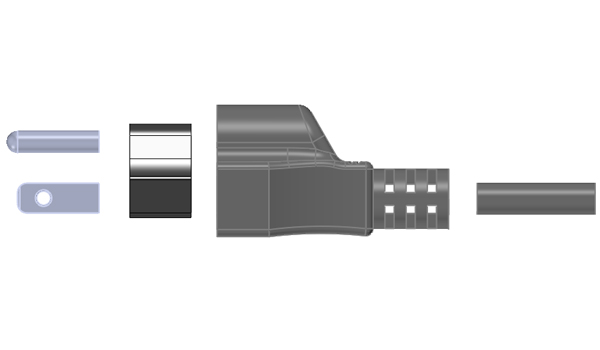 Figure 30. Exploded view of the plug

That’s all for the design and assembly of a plug. You can see that the powerful sketch and modeling tools of ZW3D make the whole process quite easy along the way.

Download the latest ZW3D 2022 for free and start your creation! Also, feel free to share your masterpiece with peer designers in the Facebook ZW3D User Group.