Majoring in Mechanical Engineering, Alan Bat, a student from Argentina brought his inspiration of Da Vinci’s tank to life with ZW3D. 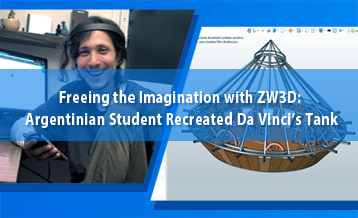 Majoring in Mechanical Engineering, Alan Bat, a student from Argentina brought his inspiration of Da Vinci’s tank to life with ZW3D.

Alan Bat is a Mechanical Engineering major at UTN (“Universidad Tecnológica Nacional”, The National Technological University), Buenos Aires, Argentina. With a passion for 3D modeling and his own concept of Da Vinci’s tank, Alan decided to realize it and share his ZW3D story with us.

My name is Alan Bat and I am from Buenos Aires, Argentina. I am currently studying Mechanical Engineering at UTN.

Our teacher of 3D design has introduced us to ZW3D, and I must say that I was really impressed the first time I saw it. Unlike other parametric 3D design software, ZW3D seems much more intuitive and easier to use, and it also has many features enhanced. Not to mention the fact that it is the most affordable CAD software in the market. If I had a company of my own, I would definitely choose ZW3D as my first option for CAD design.

I always wanted to be an inventor, although I know the path will be hard… Luckily, nowadays there are a lot of tools available for us, and ZW3D and 3D printing are one of the most state-of-the-art and outstanding ones!

From a Vague Concept to a Vivid Model

Here is one design I want to share with you! It is Da Vinci’s tank (Conceptualized by Leonardo da Vinci, this armored vehicle is commonly regarded as the precursor to modern tanks. To be covered by wood, reinforced with metal plates, and equipped with cannons, it was designed to terrorize the enemy, though it was never realized in the 15th century.). I made this model for the final project of the class mentioned above. It is inspired by the first episode of Doing DaVinci, a popular television program originally aired on the Discovery Channel.

First, I started with the base.

Figure 1. The base of Alan’s model

Then, the upper and lower frameworks.

After that, I was able to assemble them and check if there was any interference in the complete skeleton.

Then, I had to make the transmission system, which consists of the wheels, crankshaft, cage gears, bearings and some supports.

Oh, I really enjoyed modeling the next one. Here I took the designer’s liberty and made my own design of—the cannon! 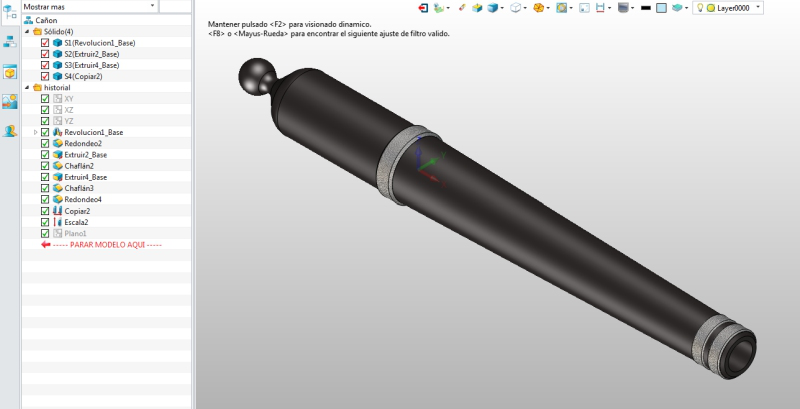 Figure 6. The cannon of Alan’s model

Following that, I needed to handle the really tough ones, as I had to copy the exact shape of the metallic framework in order to have the parts for the exterior planks fitted properly.

Figure 7. The planks of Alan’s model

And finally, here is the complete assembly. Let’s first take an inside look of it.

Figure 8. The inside of Alan’s model

And the final look!

Figure 9. The exterior of Alan’s model

Now, I want to share with you the exploded view of the assembly. 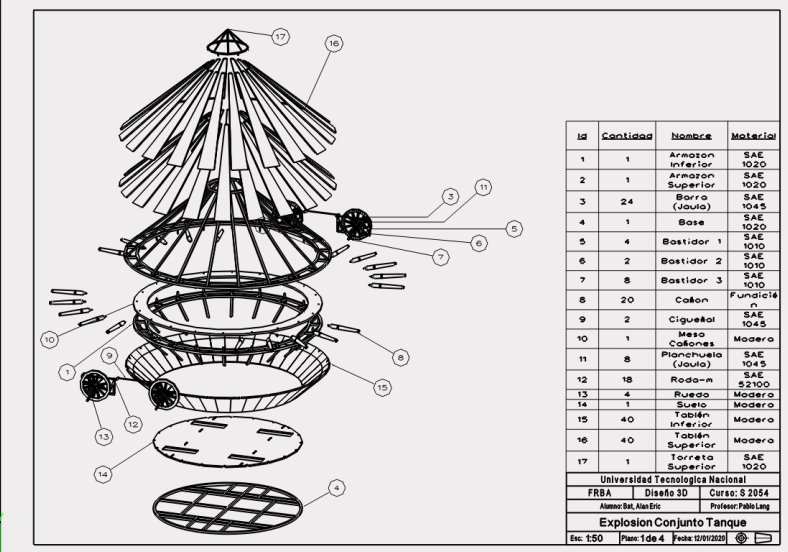 As you can see, the final assembly is composed of 4 frameworks (base, lower, upper and rooftop), 2 crankshafts, 4 cage gears (with bearings) and some supports. All of these are made of different steel parts. There are also wooden parts, i.e. the floor, 4 wheels, cannon emplacement, and 40 upper and 40 lower planks.

Last but not least, we have the most important part of the tank, because there is no tank without a cannon! And in this case, we have 20 of them, all made of cast iron. What a mighty machine designed by Leonardo Da Vinci, considering the fact that he drew it in the 15th century!

Fun and Future with ZW3D

As you can tell, the functions I use the most in ZW3D are the ones in the 3D modeling ribbon, assembly, and 2D sheet. They help me design existing and imaginary objects as well as make the construction plans to reproduce them in the real world.

At the moment, I am entering the world of tent manufacturing with my dad, so I am starting to learn more about the sheet metal feature, as many tent parts are made of aluminum profiles.

Apart from studying and work, I also use ZW3D for fun! I am really keen on DnD (Dungeons and Dragons) and sometimes I make fantasy items, here is a “magical spyglass”.

And here is the model of a “torch handle”.

Finally, here is the model of a globe I have at home, I made it mostly to practice some commands. 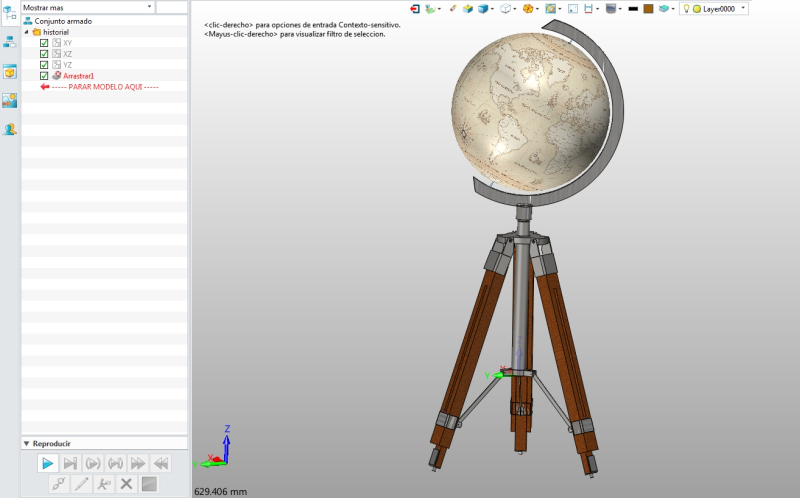 Figure 13. Alan’s model of a globe

Regarding my comments and expectations about ZW3D, I must admit that I think it is one of the best CAD software out there in the market. As I have mentioned before, it makes designing really intuitive.

Personally, I would like to get more involved in all the rendering and animation world and it would be incredible if ZW3D has more tools related to these topics.

If you’d also like to share your ZW3D story, feel free to join our Facebook ZW3D User Group. Once your story gets accepted, you’ll be rewarded with a 1-year ZW3D Premium license!