Mr. Manuel Angel Piñeiro Solsona, an experienced jeweler from Spain, related his story of working with ZW3D and why he cannot live without it. 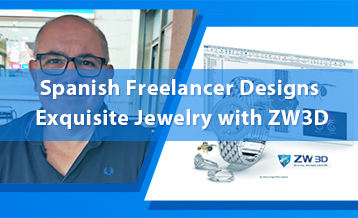 Mr. Manuel Angel Piñeiro Solsona, an experienced jeweler from Spain, related his story of working with ZW3D and why he cannot live without it.

Mr. Manuel Angel Piñeiro Solsona from Spain has been a jewelry designer for over 34 years. During his career, he has worked with assorted CAD software, but he decided to stick with ZW3D. From his story below, you’ll learn why Mr. Solsona cannot live without it.

My name is Manuel Angel Piñeiro Solsona, I have been a jeweler since 1987. I started tinkering with 3D programs back in 1999, and six years later, I was hired by a software company called DeltaCAD from Madrid. Then, I was training jewelers in Spain with a software called 3Design from the French company, Vision Numeric, which became my employer in 2009. 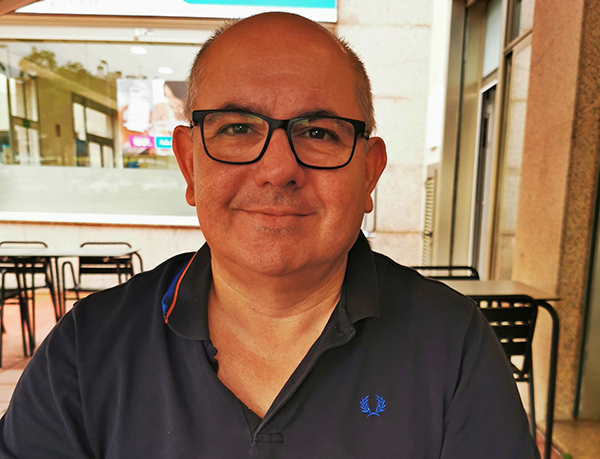 In the same year, I first saw Jewelry CAD Dream (a powerful jewelry design application developed on Overdrive, the kernel of ZW3D, by Jewelry CAD CAM Masters, LLC), which caught my attention with the potential to work in real time. It was not until 2014 that I decided to make the changes in both my career path, that is, starting my own business, and the software I use.

The first thing I did was to get a license of ZW3D and Jewelry CAD Dream from John Cavallo, a developer of the add-on, and since then I have collaborated with them, giving training courses. I have already trained and continue to train many jewelry designers with ZW3D, usually 3 days a week. Meanwhile, I also design for private companies in the jewelry sector. 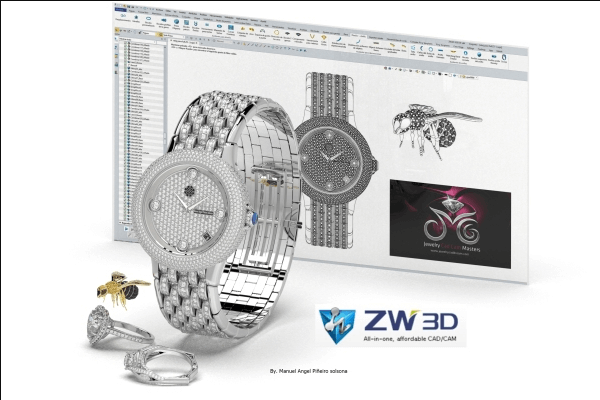 What I Do with ZW3D

Like I said, I am dedicated to designing jewelry for companies. And I also collaborate with John Cavallo to train Spanish-speaking users for several years.

Here are some of my jewelry designs created with ZW3D. 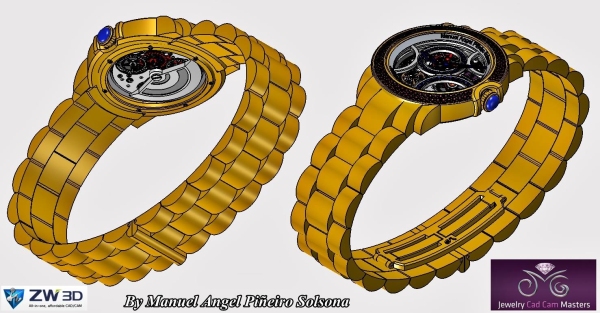 Figure 3. A watch designed by Mr. Solsona with ZW3D and Jewelry CAD Dream 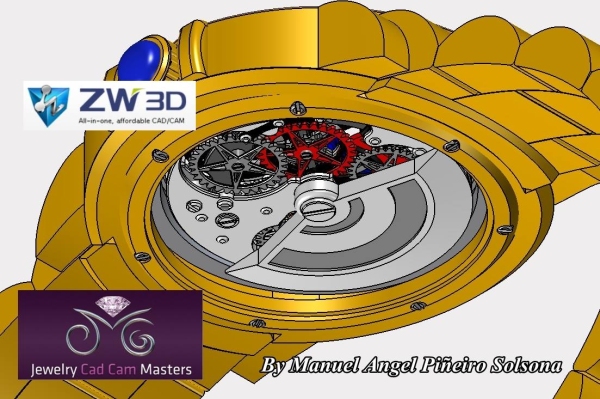 Figure 4. Closeup of the watch designed by Mr. Solsona with ZW3D and Jewelry CAD Dream 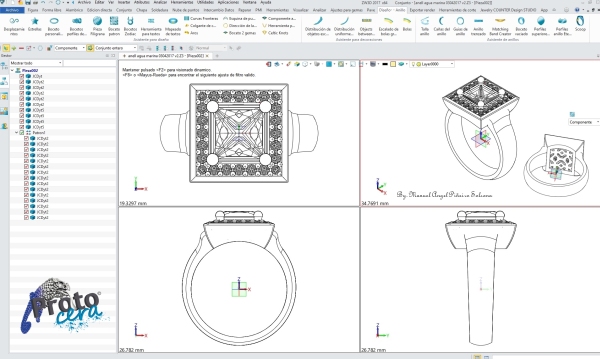 Figure 5. Different views of a ring designed by Mr. Solsona with ZW3D and Jewelry CAD Dream

I use it daily to make my jewelry models and design presentations to clients and third parties, without having to print the designs with my printer.

I’ve recorded a video so that you can have a better idea of how I normally present my works after designing in ZW3D.

Why I Can’t Live Without ZW3D

Ever since I started using ZW3D and Jewelry CAD Dream, I realized that the world was going backwards because only ZW3D has helped me divide modeling histories without any construction limits. In this way, I have full control over the construction elements. This shows how practical ZW3D is and how wonderful my experience with it is.

I have to say, knowing and adopting ZW3D is the best thing that has ever happened to me, and I can no longer live without ZW3D and Jewelry CAD Dream.

For me, it is a necessary tool without calculation limitations, now I can do what I could not do before with other software. The power of its parametric solid-surface hybrid modeling technology gives me and my fellow jewelry designers a lot of play in construction. 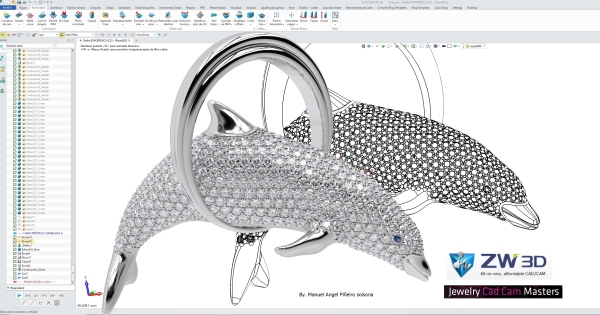 Figure 7. A ring designed by Mr. Solsona with ZW3D and Jewelry CAD Dream

If you’d also like to share your ZW3D story, feel free to join our Facebook ZW3D User Group. Once your story gets accepted, you’ll be rewarded with a 1-year ZW3D Premium license!