How to define hole feature in ZW3D

In manufacture industry, hole making is one of the most important jobs. And because the hole making is the 2Axis operation, so people also hope the hole feature can be defined with various kinds of geometry elements besides the 3D hole feature. Fortunately ZW3D enables user to do the precisely that. In addition to the 3D hole feature it also allows that the user to define holes with elements such as circle, cylinder surface, points, and even arcs can be selected to drill out corners. A filter can be applied to the selection such as a full circle or a partial circle, degrees of an arc, the depth of the feature or a range of the diameters.

Let’s have a look at how it works.

When the 2D geometry such as the Sketch or the.DXF, .DWG file etc. is used to create the drilling operation, the hole feature can be defined by circle or point in ZW3D. For point, it often used to define a group of holes have the same diameter and depth. But for circle, users can use it to define the holes with different diameter and depth. So first let’s look at how to use circle define the hole feature.

First input your 2D geometry, just like in the following picture. 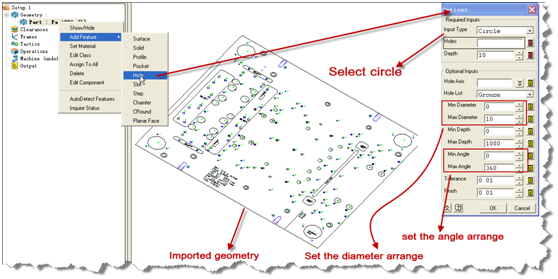 Then go to add the hole feature, when the dialog box pops up, select the circle in the sub-options of input type, just like as shown Fig.1 above.

Here we can select all the circles in one step to define them as the hole feature and the system will automatically sort them by diameter. Just like the following picture shown: 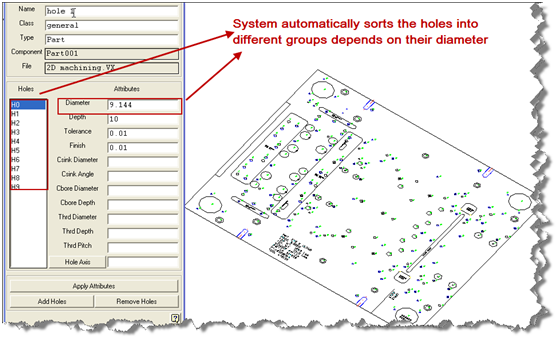 If you only need some of them, just like those whose diameter between￠10- ￠20, just tell system by setting up the Minimum Diameter and the Maximum Diameter. Then what you do not want will automatically be filtered from what you have selected. Furthermore if you want to get a half circle or a 3/4 circle or just only some arcs, you can get it by setting the start angle and the end angle of the circle. Just as shown in the following picture.

When your holes all have the same diameter and the depths you can define it by this item. And you will need to give the center point of hole. After picking all the point in the screen and then setting the depth and diameter, you can get all the hole features with the same size at one step. Just as is it shown picture below. 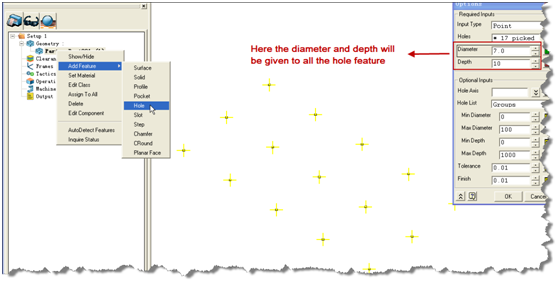 This is normally used for the imported 3D geometry. Just as following: 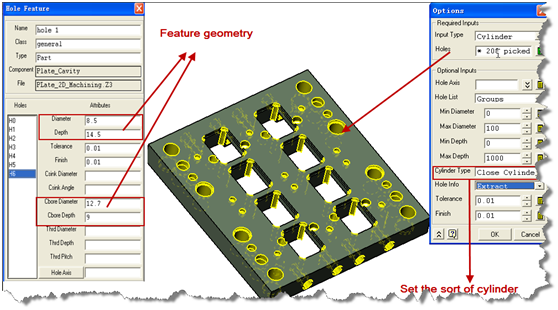 This item provides a full information for the hole feature, including the diameter, the depth, and hole type( Counter-bore, Counter-sink and so on) , but the feature need to be created in ZW3D. 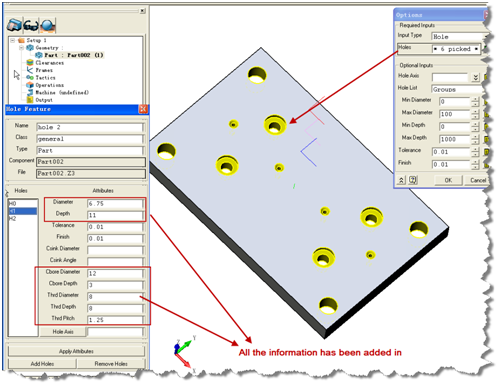 So from what have mentioned above, we can find that Zw3D can provide various kind of methods to define the Hole features, it is very helpful to user.