Getting together with friends to have a little chatting and drinking is the happiest thing. These delicate and beautiful glass bottles, you can’t put them down.

For a CAD designer, the more interesting thing is how to design this kind of attractive bottle, as shown in Figure 1. Today, you will learn more from this article. 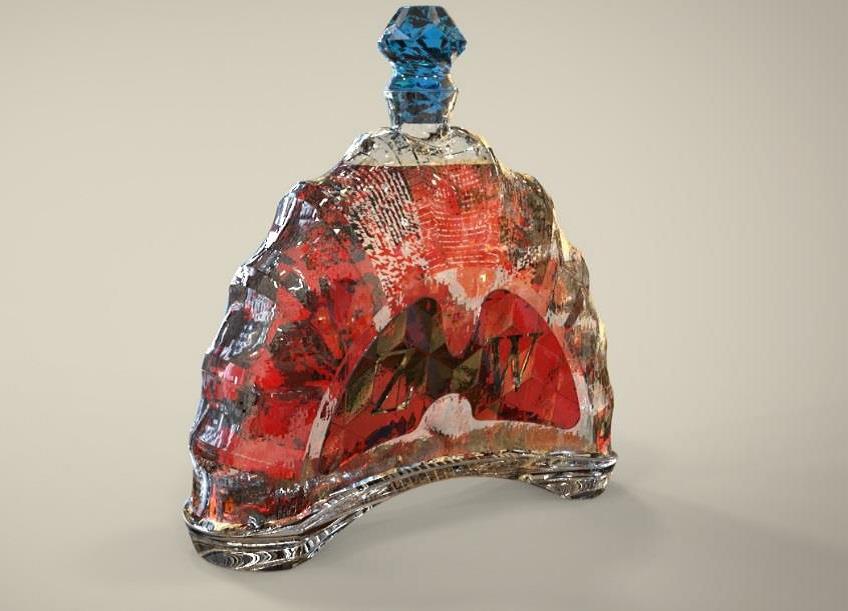 Step 4: Select the YZ datum to draw the sketch3. The reference point definition is illustrated by the following image. Then use the point curve command to draw the curve. The start point and end point need to be added tangent constraint.

Step 5: Select the XY datum to draw the sketch4. Define the reference point and then draw the arc; see Figure 4(left). After that, all the profile sketches are ready; see Figure 4(right).

Step 8: Split the surface with the sketch curve, and then delete redundant parts to keep the small surfaces, as shown figure7.

Step 10: Use the UV curve mesh tool to create the surface. Sew all surfaces together, figure 9 (right).

Figure 10: Create the bottle base shape

Step 12: Draw the sketch9 on XZ datum, as shown in figure11 (left). Do the extrude operation to cut the bottle base shape; see figure11 (right).

Figure 11: Extrude cut the base shape

Step 13: Draw the sketch10 on XZ datum, as shown in figure12 (left).And then Extrude the sketch to get a surface; see figure12 (right).

Step14: Use this surface to trim the base shape and another surface.

Step15: Create the sketch11 as shown in figure14 (left). Project this sketch to the top surface of base shape; see figure14 (right).

Step 16: Use the projected curve and face edges to define the FEM patch. Refer to the following image to define them.

Step 18: Draw the sketch12 on XZ datum, as shown in figure17 (left).Revolve it and combine two shapes together, and then add the fillet (1mm). The final result is shown below.

Step 19: Shell the shape with the 1mm thickness. And then, define the top face as open face.

Step 21: Use loft command to create the surface. One point should be noted that the directions of profiles should be same.

Step 22: Use the 3 points to define a new plane. And then make a pattern as shown in the figure21 (right).

Step23: Use these datum planes to trim the shape. And then create a sketch to get a revolved shape. Finally, add the suitable fillet features on the shape. 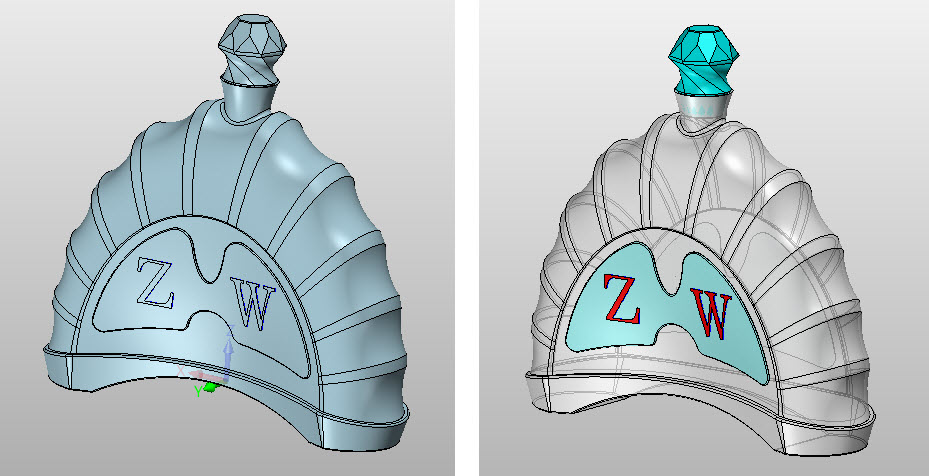 How to use ZW3D quickly create a product? You can get a general idea from this case. From datum plane, sketch to solid and surface design, unique solid-surface hybrid modeling technology helps you to quickly do product design. Many good surface tools are provided, such as: loft, UV curve mesh, FEM patch.  ZW3D designs your idea.