QQ is the name of communication software which is very popular in many countries. Its logo is a little penguin with a red scarf.

Today, I will show you how to design this cute QQ doll with ZW3D software. 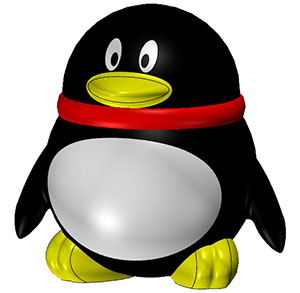 Firstly, create  sketch1 on XZ plane, as shown in the left image of figure 2.

Then create the body with Revolve feature, as shown in the right image of figure2. 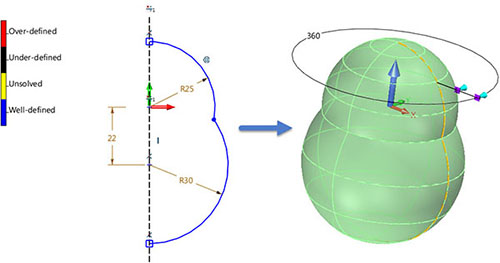 (1) Create three different datum, as shown in the below figure.

(2) Create an ellipse in datum1 and datum2 separately. See  figure 4.

Secondly, create a single point, as shown in  figure5.

At last, apply “Point Curve” feature to create a curve with these five points.

(5) Use “UV Curve Mesh” command to build the surface with these sketch curves. Please make sure the direction of curves should be the same.

(6) Show all geometry to get the below result. 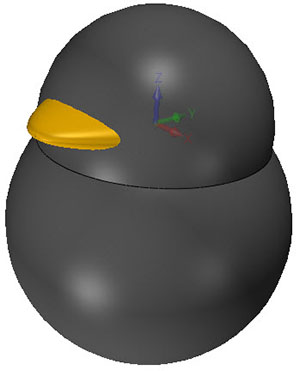 (2) Create  datum4 on the start point of  sketch6, see the below image.

(4) Create the shape with “Sweep” feature. Sketch7 as the profile; Sketch6 as the path curve. 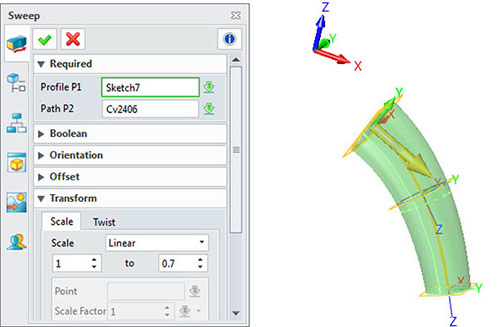 (5) Create a Dome feature at the end of sweep geometry. 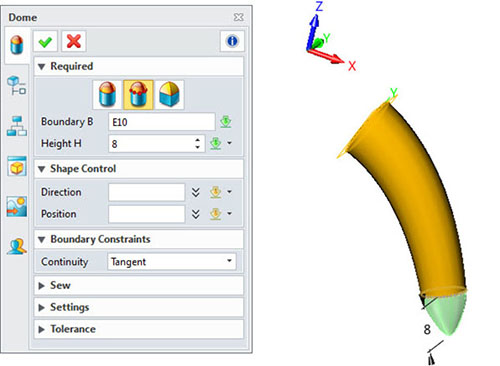 (6) Combine the sweep feature and dome feature together. 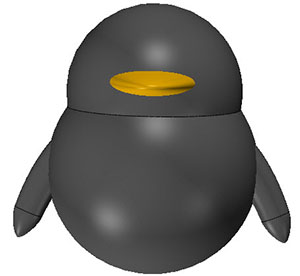 (3)  Then do the revolve operation to get a shape.

Figure 14: Base Shape of Foot

(4) Draw  sketch9 on datum5, and then extrude it to cut the revolved shape. 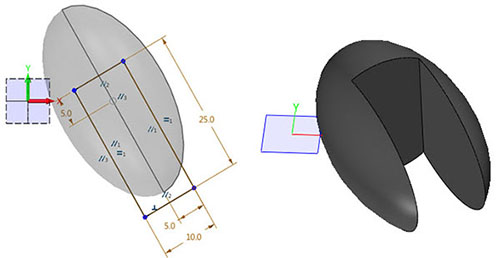 (6) Extract the curves from the edge, as shown in the right image of figure 16. 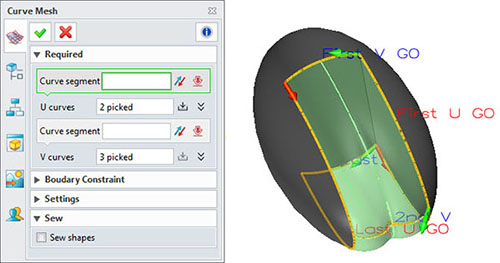 (8) Combine the solid shape and this surface together. Then use  datum6 to trim the shape. 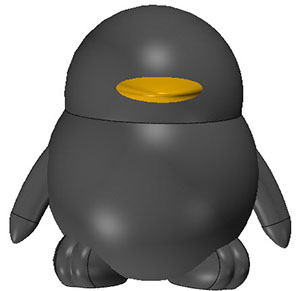 (3) Use the projected curves to split these surfaces.

(5)  Change some face attributes, refer to the below image.

(6)  Combine all geometry together, and then add the fillet.

(7)  Modify some face attributes to get a better look.

QQ doll looks like a complex design. In this paper, you will find it can be done easily in ZW3D.

With unique solid-surface hybrid modeling technology, solid geometry and surface geometry can be combined together. Through this case, we can learn the modeling approach of point-curve-surface. Many basic commands are involved in QQ design, such as Sketch, Reference, Revolve, Trim, Project, UV curve mesh and Mirror.

Do you like it? Please try ZW3D to design QQ doll. You will find more fun.