The difference of four different sources will be introduced, as shown in figure 1. 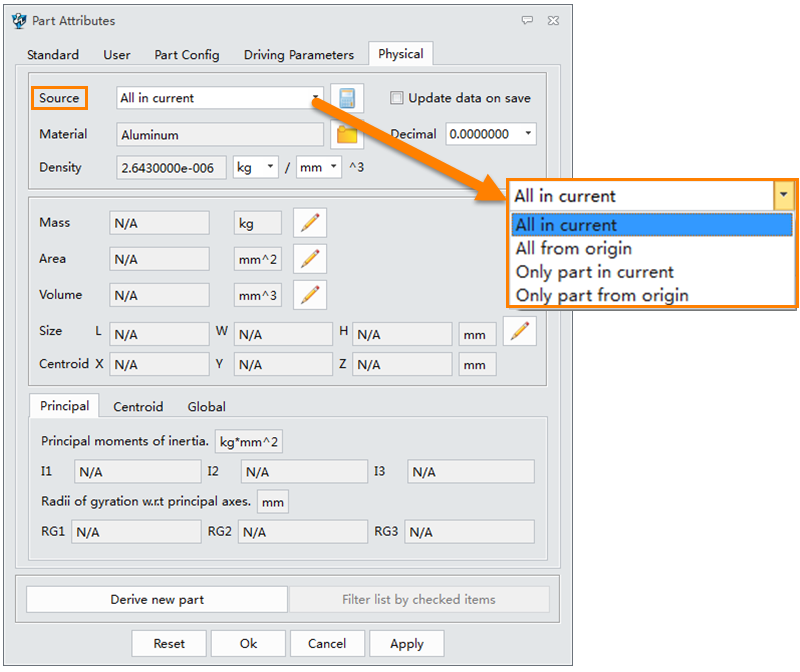 Here we divide them into two groups to make a comparison.

1)      “All” means that all objects in activated part/assembly will be calculated, including shapes, parts inserted as components, and all shapes and parts of sub-assemblies.

2)      “Only part” excludes the shapes directly created in assembly/sub-assembly. The calculation only covers part entities in all components.

Figure 2. Comparison between “All” and “Only part”

Let’s take an assembly case, which contains four shapes, two components (A plane and Top plane) and one sub-assembly with one shape and three components, as shown in figure 3.

For a clear comparison, all shapes are displayed in dark grey. 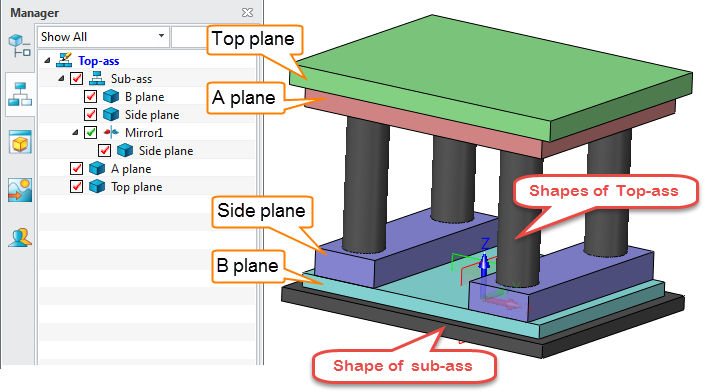 “All in current”--- all objects will be calculated with the current status.

“Only part in current”--- the dark grey shapes will not be calculated.

1)      “In current” means the system calculates the physical attribute of models with their current status.

2)      “From origin” means the original data of the models will be used to get the result.

Refer to the figure below to make an assembly cut operation. Make sure “propagate feature to components” is unchecked.

After that, the top plane part will have different status between the assembly environment and part environment. 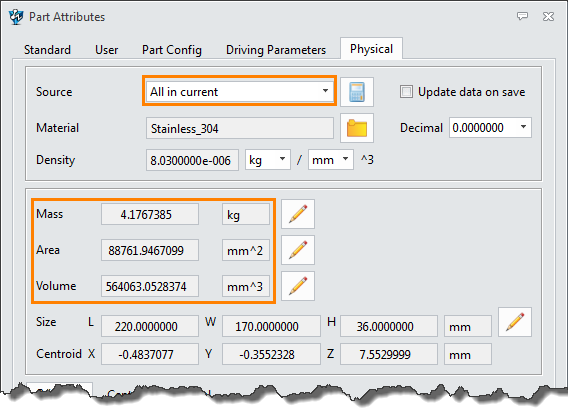 Figure 8. All in current 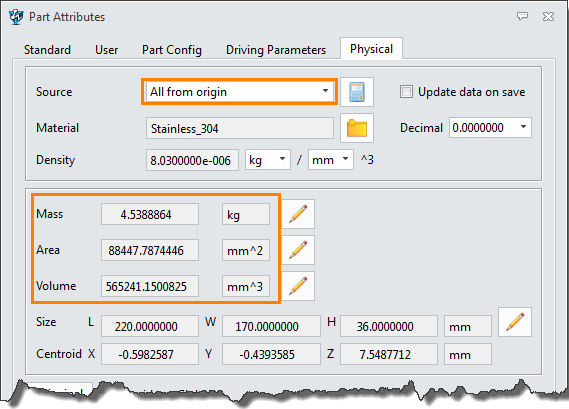 Figure 9. All from origin

According to the above instructions, we can understand the difference between the “All” and “Only part”, “in current” and “from origin”. Sousers can infer the meaning of each different calculation scopes.

These four types of sources can be used in different application. Chose a suitable one to calculate the physical attribute according to real requirement.