Made of gold with a malachite base, the FIFA world cup trophy was the most shining attraction in this summer. Though the 2018 World Cup was over, our passion for soccer never ends. As a soccer fan and engineer, let’s learn the FIFA World Cup programming to enjoy the fun of programming and soccer. 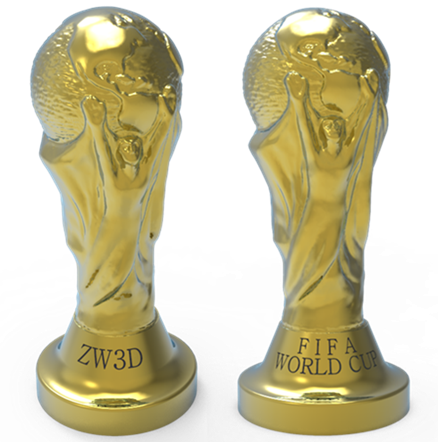 This article will focus on 5 Axis finishing processes after finishing rough machining.

Step1: Create the 5axis semi-finishing process by 5X Sidecut command, take the part as a feature, and define a cutter as D4R2, as shown in Figure 2.

Step3: After the parameters definition, we can directly calculate the operation to generate the tool path. The result is as follows. 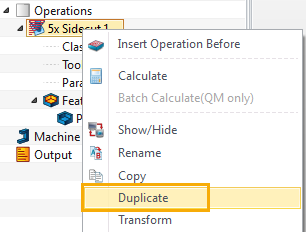 Step6: Next, let's carve a few words (start's name or team name) on this cup. Back to CAD level then draw a sketch, such as "ZW3D". Then wrap the curves to the surface to get the following result. 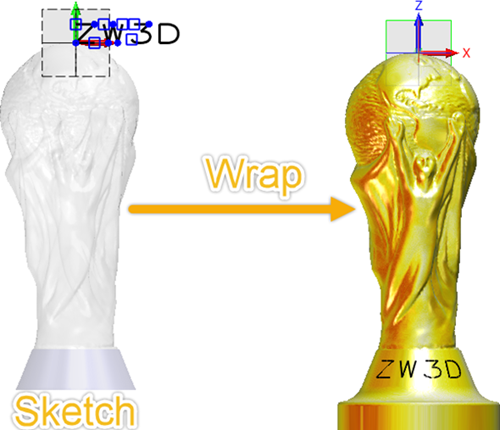 Step7: In ZW3D, we could use the 5X Drive Curve operation to engrave these words. Add part as one feature, and then select curves as profile feature with Part type, as shown in the image below. Define tool as D1.

Step8: Turn off Lead-In and Lead-Out. Set other parameters to default. The tool path is shown below. 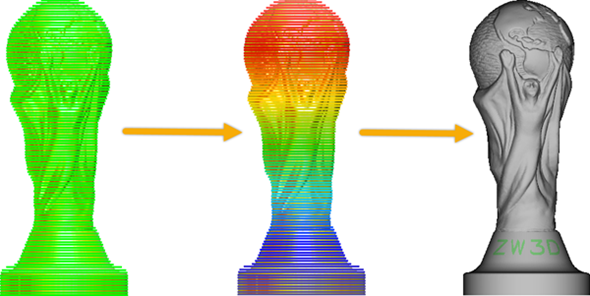