Halloween is coming! Do you want to DIY a pumpkin for your kids? ZW3D can help you. Follow me to create a unique one. 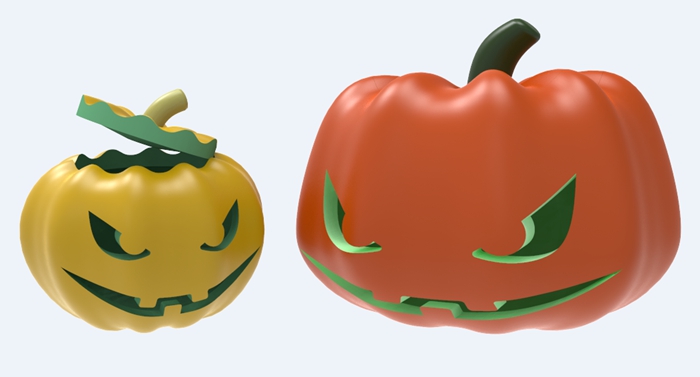 Styep1: Define a sketch on the XZ plane. Draw a curve. Then revolve it to create a surface.

Step2: Define a sketch on the XZ plane again. Draw a curve. Then morph the surface by Morph to Curve command.

Step3：Pattern the surface and sew them to get a solid shape.

Step4: Use Morph with Point tool to morph the top pole point of the pumpkin. 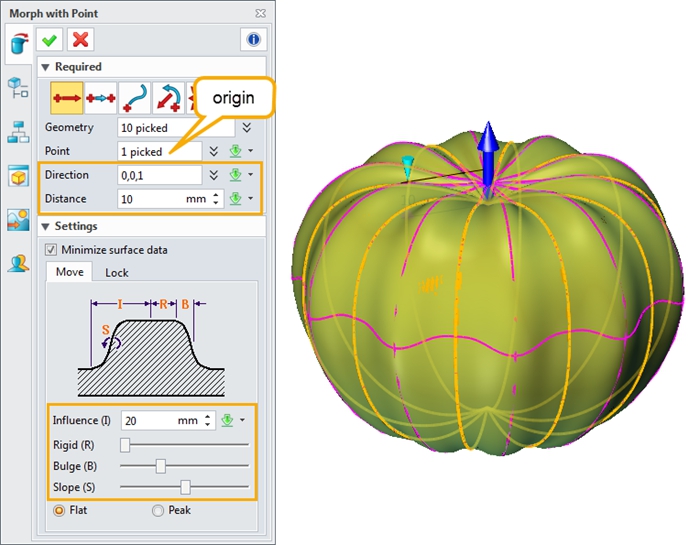 Step5: Define a sketch on the XZ plane. Draw a curve to remove the internal of the pumpkin.

Step6: Draw a curve on the XZ plane. Use the Swept Rod and Fillet commands to create the vine. Then combine the main shape and the vine.

Step7: Draw a circle on the XY plane. Extrude it to create a cover.

Step8: Draw a sketch on the XZ plane. Extrude it to create the face.

If you want to create more different styles based on this design, ZW3D can easily do it. We can use the morph commands to modify the pumpkin. Such as Stretch and Morph to Curve. Let me show you with the following steps.

Morph the shape quickly and get a bigger pumpkin.

Step 9：Use the Stretch command to modify the cover and body of the copy with the same parameters. 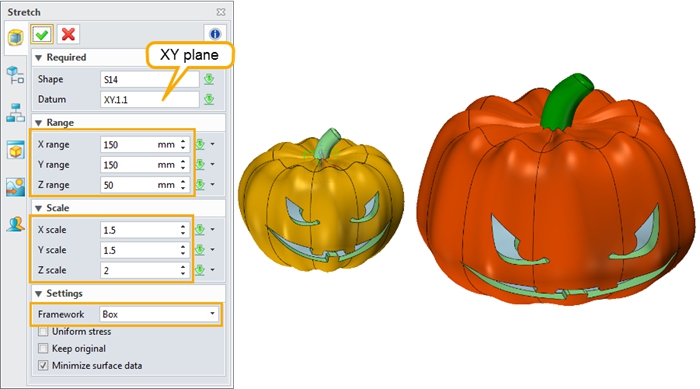 Morph the face from happiness to anger and get an angry pumpkin.

Step 10: Based on the main shape to draw a new sketch profile on the XZ plane. Extrude it to create the face solids.

Step 11：Use the Stretch command to modify the cover, body and mouth of the copy with the same parameters. 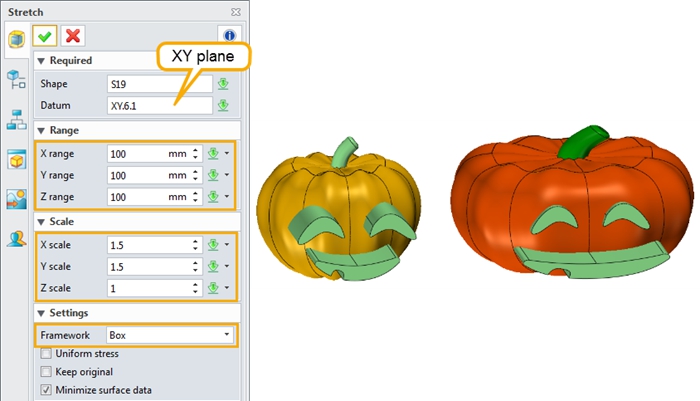 Step 12：Draw 2 sets of curves beside the left eye and mouth. Use the Morph to Curve command to modify the mouth with the 1st set curves. Modify the eye twice with the 2nd set curves. 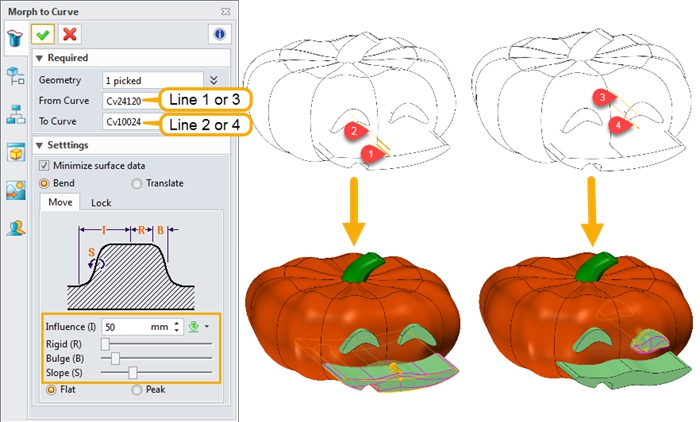 Figure 15   Morph the mouth and eye

Step 13：Mirror the eye and adjust the position of them. Finally, combine the body, mouth and eyes to get the face.