ZWCAD is glad to announce that PT. Berca Buana Sakti Indonesia (BBSI), a multidiscipline engineering and construction company with a history of 35 years in Indonesia, has been using ZWCAD since 2009. 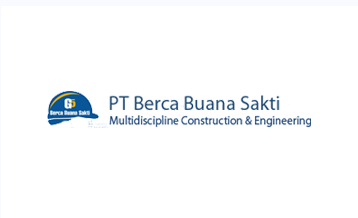 Guangzhou, China: February 15, 2016—ZWSOFT, a leading supplier of CAD/CAM solutions to the AEC and MCAD industries, is glad to announce that PT. Berca Buana Sakti Indonesia (BBSI, formerly known as PT. Balfour Beatty Sakti Indonesia), a multidiscipline engineering and construction company with a history of 35 years in Indonesia,has been using ZWCAD since 2009. BBSI chooses ZWCAD as their alternative CAD software because they agree that ZWCAD is the best CAD software alternative which helps them cut off user’s workload as well as the incurred cost.

ZWCAD in Optimizing Computer Performance and Benefits It Brings

Drafter Staff (and also ZWCAD user) in BBSI said that ZWCAD gives the best facilities and features for users that help alleviate workload and save time in drawings completion. Some new features that facilitate the drawing to be applied in the field, like smart voice feature, which can help users in annotating messages or notes to the drawing directly with the voice recorder. They also found that: “ZWCAD is capable of storing drawings with a small size but does not burden the computer processor’s memory, so it helps the computer to work optimally.”

ZWCAD Software Co., Ltd. is an international CAD software provider through its network of over 300 partners in 80+ countries and regions. Its product ZWCAD is used by CAD designers across the AEC and MCAD industries.