From Oct. 11 to12, 2022, ZWSOFT attended Mechanical Engineering Summit 2022 in Berlin, showcasing its latest and greatest all-in-one Cax solutions to engineering companies across Germany and Europe. 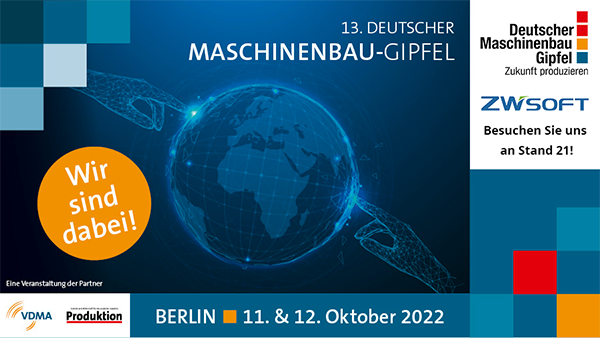 More than 700 participants from the mechanical engineering industry, around 80 speakers and top politicians such as German Chancellor Olaf Scholz attended this year’s Mechanical Engineering Summit in Berlin. For two days, they discussed numerous questions and problems concerning the industry and politics alike. Be it the transformation process to which mechanical engineering is subjected, Europe's role in the globe, or digitization with all its effects. The mechanical engineering summit proved to be what it is - the leading platform and flagship event for Germany's most important industry.

In the speech of German Chancellor Olaf Scholz, he instead praises globalization because it enables prosperity in Germany and the world.

Instead of Isolating itself, Germany remains a global player and thus an important trading partner for companies from abroad. Even more, German engineers are encouraged to strengthen relationships with foreign partners.

The willingness to cooperate with international companies is also increasing within the industry.

“We were able to talk to many German engineering businesses who were interested in our CAD solutions”, says the spokesperson of ZWSOFT, who attended the summit. 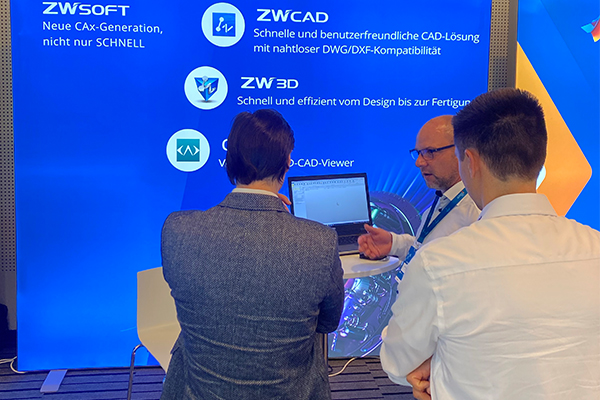 ZWSOFT, an internationally active CAD expert with 900+ thousand users, has a high score in the hearts of German enterprise owners thanks to the high performance and cost-effective license model of its products.

Its flagship product ZWCAD has gained participant acknowledgment from them for its strength in cost saving, and efficiency improvement. Its perpetual license model, compared to the subscription-based model commonly seen in other CAD programs,enables enterprises to reduce costs and increase their capacity to resist risks, which is especially important in today‘s world.

The positive feedback ZWSOFT received at the Summit might be an indicator of its future development on the German market, and possibly the European one.

Want to konw more about our events around the world? Learn more about ZWSOFT Global Tour