One year after it was integrated with ZWCAD 2018, CivilCAD® has now been successfully upgraded to work on ZWCAD 2019 SP1.

Developed by ARQCOM, CivilCAD creates additional functions that automate and simplify civil design tasks within CAD software. Satisfying diverse needs of civil engineering and topography in Spanish-speaking countries, it is now used by over 20,000 users who are mainly from government agencies, construction companies and universities. 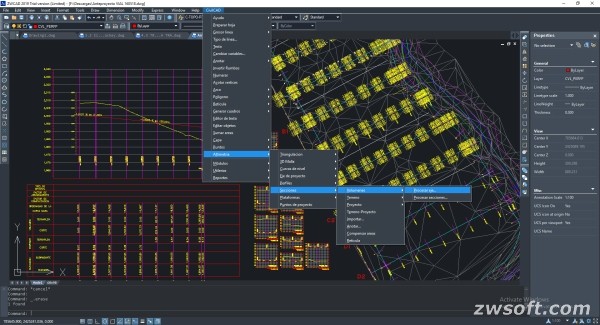 CivilCAD has been integrated into the menu bar of ZWCAD 2019 SP1, offering hundreds of routines to streamline the civil design work, from the basic ones such as profiles, sections, contour lines, calculation of volumes in platforms and roadways, construction tables, subdivision of polygons; to optional modules such as Water and Sewerage Networks Calculation, SCT Roads, Mass Curve Data Exportation to SCT, ADS Mexicana Storm Sewer Networks and Interface for Google Earth™. 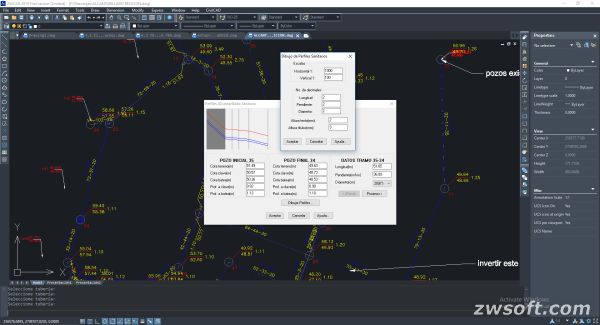 Figure 2. Use CivilCAD in ZWCAD 2019 SP1 to draw the sewers efficiently.

However, all the above amazing features cannot fully play their roles without a stable operating environment, so ZWCAD 2019 is here and shows good compatibility with all of CivilCAD’s features. Also, this combination enables your more complete civil design experience with tons of new features in ZWCAD 2019 SP1 including PDF Underlay, Annotative Object, Smart Plot, Multifunctional Grip Menu, DWF/DWFx Underlay, etc.

The strong API capability ensures our smooth cooperation with more and more excellent developers like CivilCAD to provide worldwide designers with complete and reliable solutions.

Developed by ZWSOFT CO., LTD.(Guangzhou), which has helped 900,000 users from 90 countries create amazing things, ZWCAD is a powerful, reliable and DWG compatible CAD solution for worldwide users. Available in 15 languages, it provides innovative, collaborative and customizable features to designers and engineers in various industries such as AEC and MFG.