Guangzhou, China: January 21, 2009 – ZWCAD Software Co., Ltd. (ZWSOFT) today made it easier for architects, engineers and designers to fully realize their ideas with the release of two new language versions of the software - ZWCAD 2009 German (in beta version) and ZWCAD 2009 Czech.

"Our customers have told us they want our easy-to-use tools localized for their familiar drawing environments," said Truman Du, CEO of ZWSOFT. "For the ten years, we have been improving our ZWCAD software to meet the needs of our customers. With the release of ZWCAD 2009 in Chinese, English, German and Czech, and active progress in another six languages (i.e. Italian, Korean, Japanese, Polish, Russian, and Spanish), we are taking our customer care one step higher." 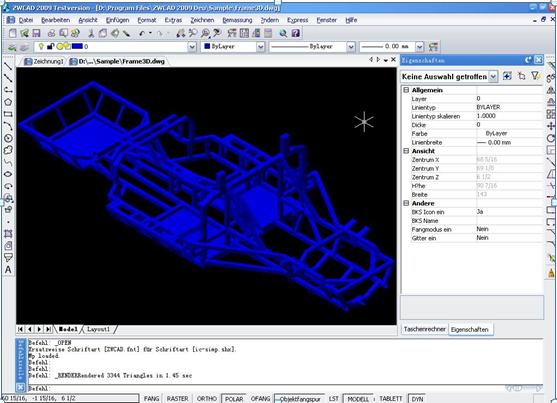 The German and Czech versions of ZWCAD 2009 are fully localized, with commands and dialog boxes translated accurately into German or Czech. Drafting tools for easily handling any drafting challenge are enhanced in both the German and Czech editions. With more efficient collaboration tools and drawing management, ZWCAD 2009 simplifies drawing sharing. Through enhancements such as Aerial View window, jogged and arc length dimensions, multiple grips editing, everyday tasks are streamlined for productivity.