Here are some existing equations that are used to create helical curves. Firstly, let’s see the simplest helix with constant radius and constant pitch.

The table below shows the general expression, two different methods. 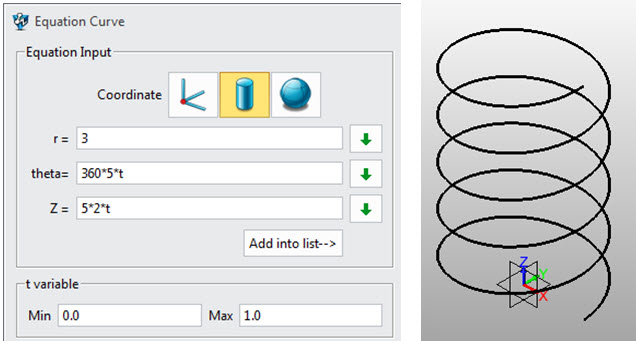 To make the variable radius, just replace Radius with Radius*t.

Take a look at other spiral curves.

In real design, some spiral curves are irregular, meaning designers couldn’t directly use these existing equation curves. Don’t worry! You can now modify the equation to get your required spiral curves.

Firstly,Let’see if it is possible to use a general expression to cover all of the above cases.

So by using this general expression, designers can work more productively!

For example, there is a spiral curve with constant radius (50mm),variable pitch (from 20 to 60mm) and length of 200mm.

According to these given conditions and the general expression, we get the following equations:

So the expression of this spiral curve is： 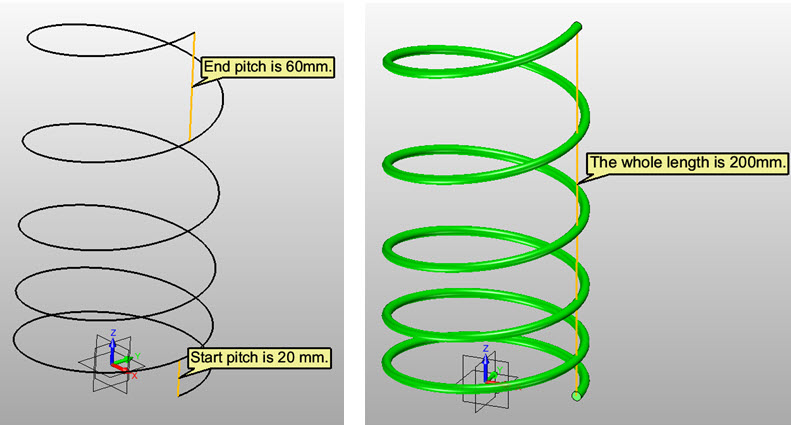 ZW3D provides many different equation curves, including several different types of spiral curve. Comprehensively understanding the meaning of each parameter, designers are able to use the equation to create their desired curves. How to deisgn variable pitch helixs by equation curve is introduced in this article.